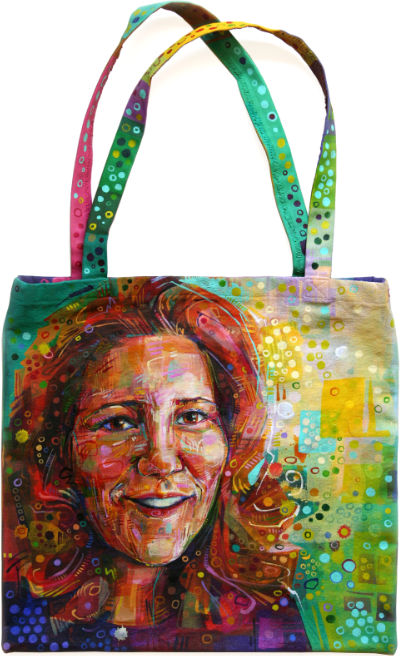 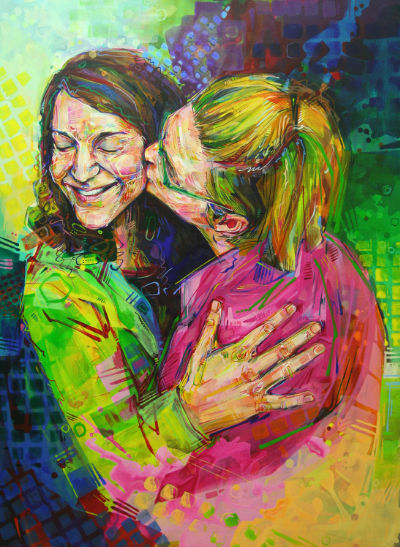 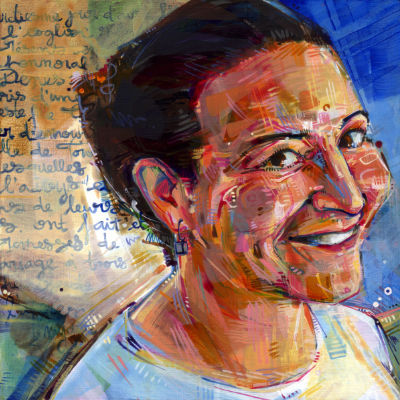 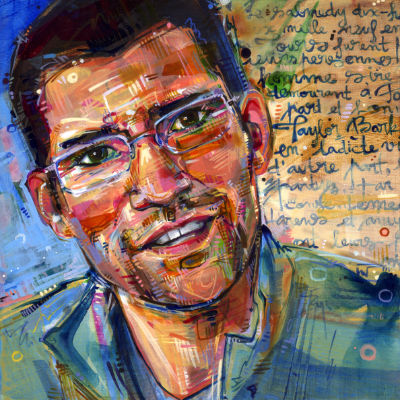 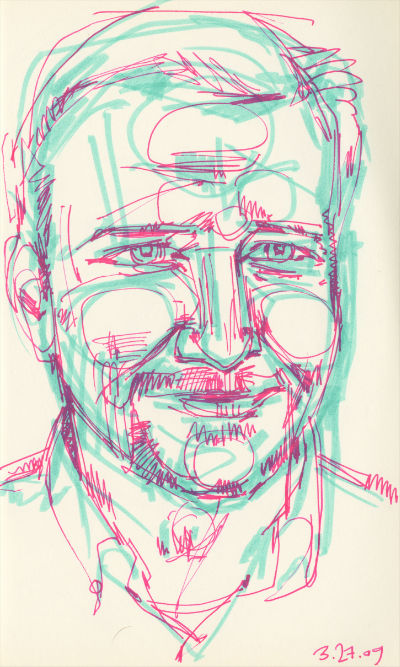 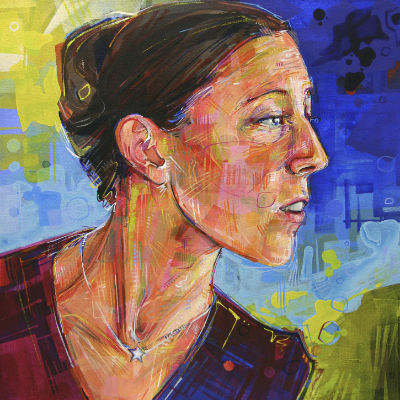 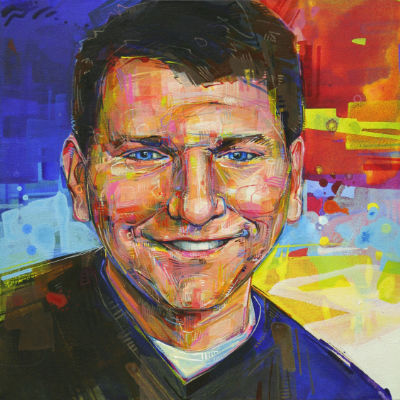 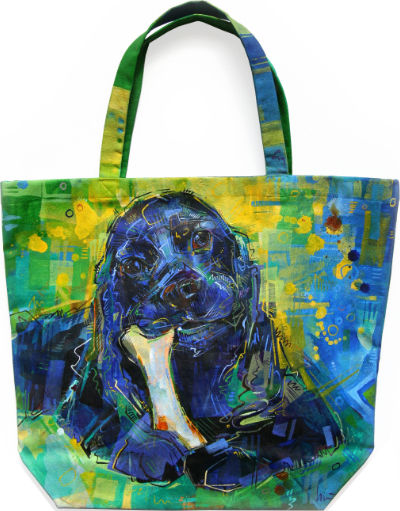 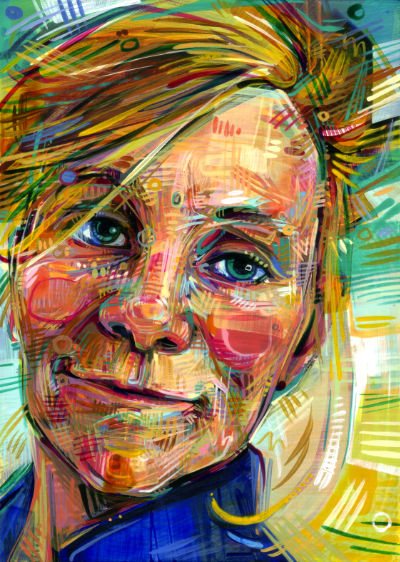 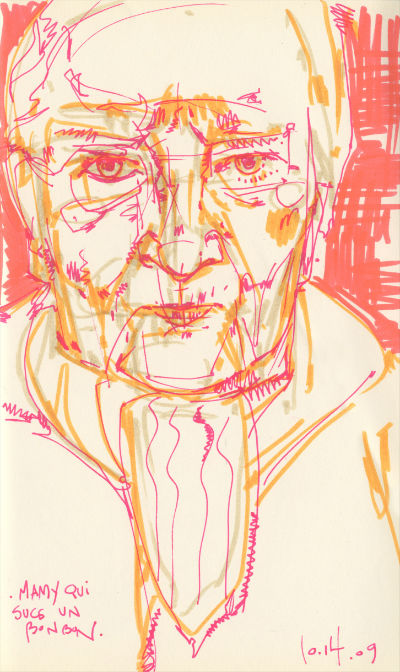 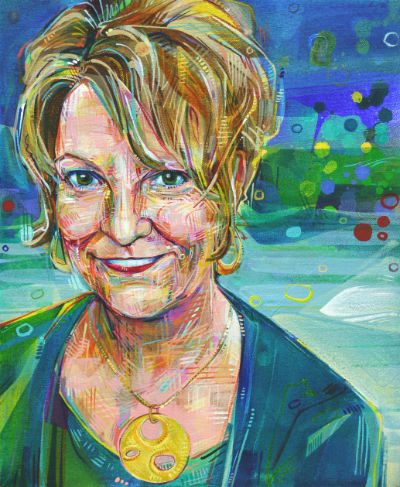 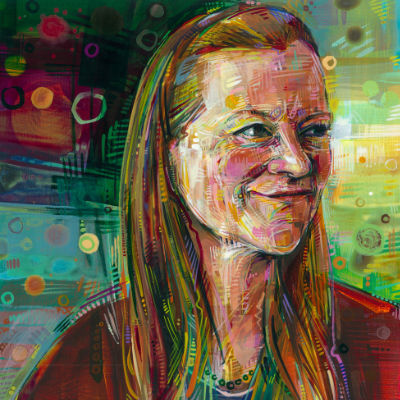 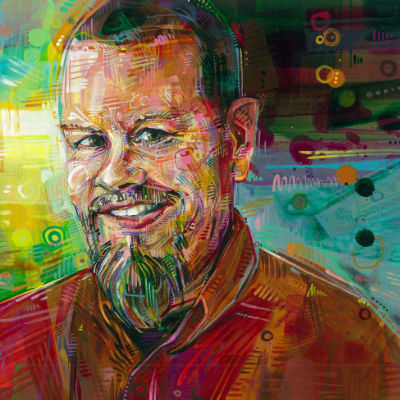 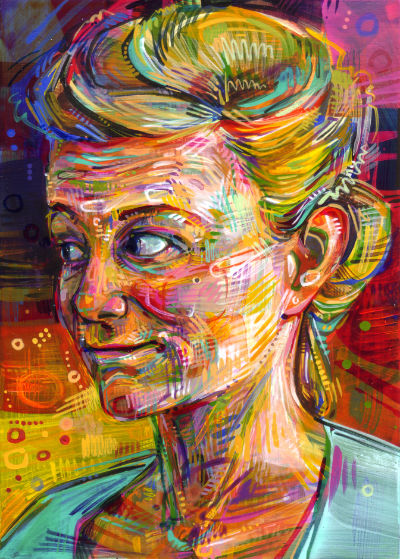 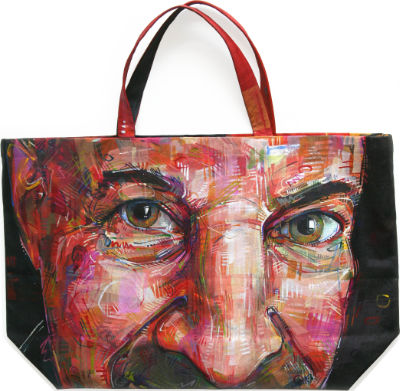 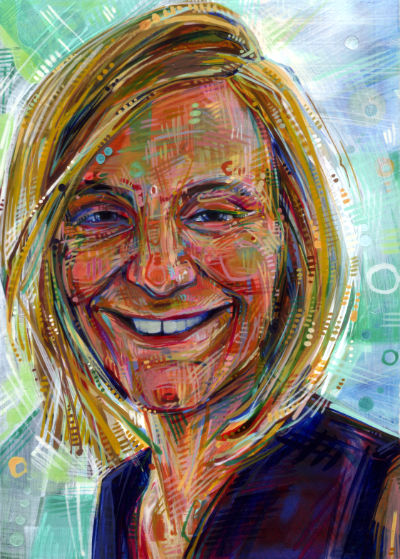 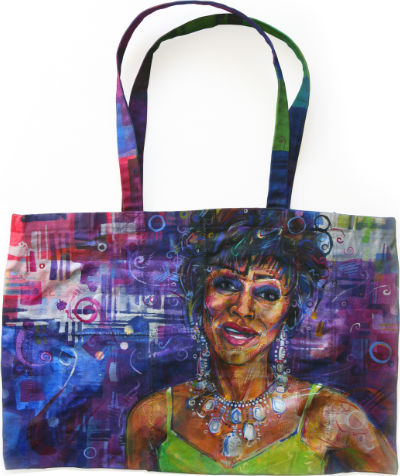 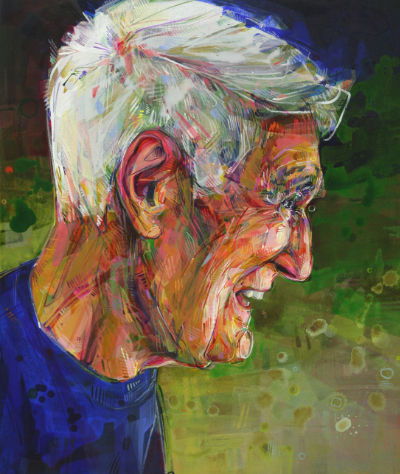 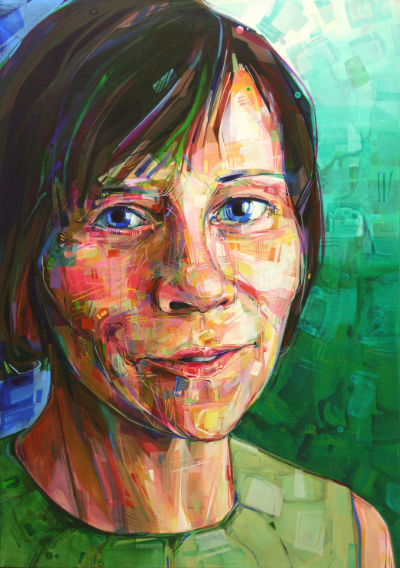 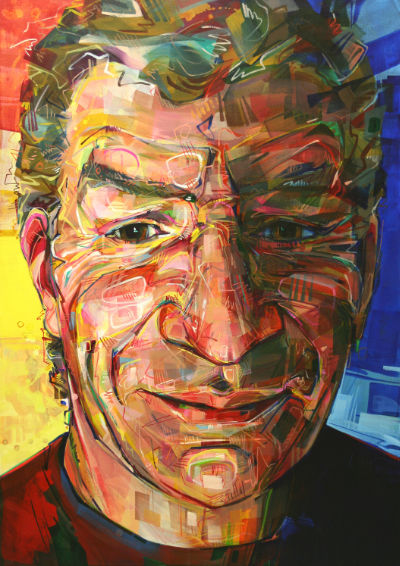 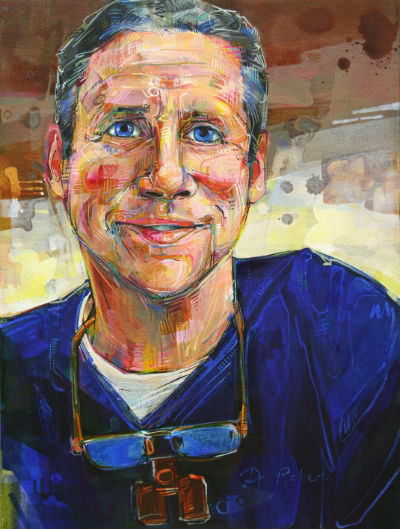 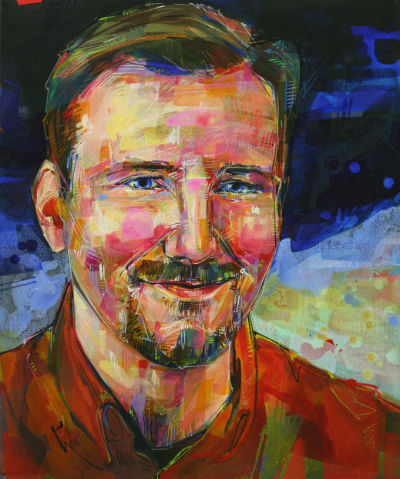 2009 was the year that everyone I know got married—or so it seemed anyway. In reality, it was just four of my dearest friends, but that was enough to have kept me guessing and re-guessing about depicting couplehood.

Outside of capturing nuptial bliss and doing commission work, I was involved in the minor political scandal of a sitting Portland City Commissioner using campaign funds to buy a portrait of himself. In 2009, I also painted most of my half of the collaborative series Subjective.

Also that year, I ended up in the hospital for an emergency surgery to treat my endometriosis, a disease that I didn’t even know I had. Change Inc and Artists’ Fellowship Inc awarded me emergency relief grants following my operation, and Haven Foundation did so in 2010. I am grateful for the contribution that these organizations made to my recovery process.

In the spring of 2009, I took my 2008 series Apple Pie to the Downtown Initiative for the Visual Arts in Eugene, Oregon. This was the first time I had shown a body of work at more than one venue. This mini-tour was part of the inspiration for taking Subjective all over the Pacific Northwest in 2010 and 2011.

“Few artists are as gifted at self-promotion as Gwenn Seemel.”

“Theirs is a mutual admiration society and both talk about their work in artist terms—color, hue, darkness and light, color value—all appropriate for modern dentistry as well as for artists. [Seemel is] talking paint; [Dr. Roberts is] talking implants and crowns.”

In 2009, the Oregon Arts Commission awarded me a career opportunity grant to publish a new edition of the Apple Pie exhibition catalog. The book includes images of all the portraits from the series along with statements by each of the subjects.

The print version of this catalog is sold out, but a downloadable digital version is available.