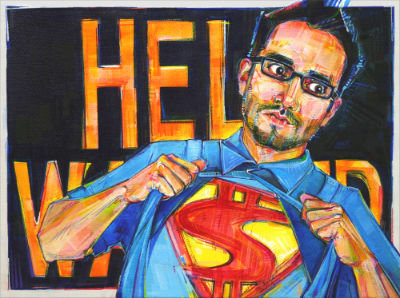 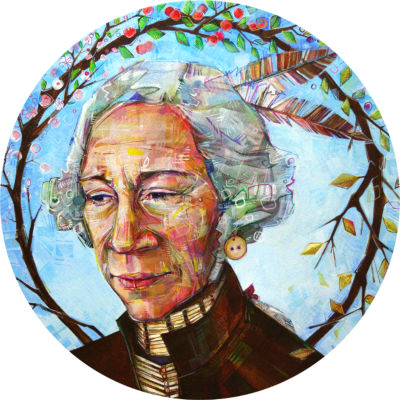 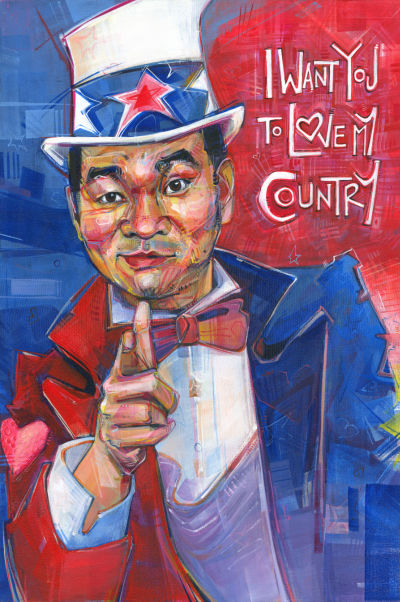 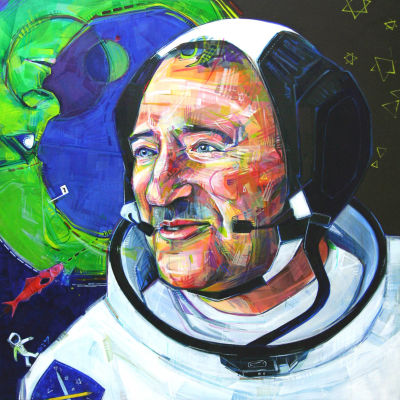 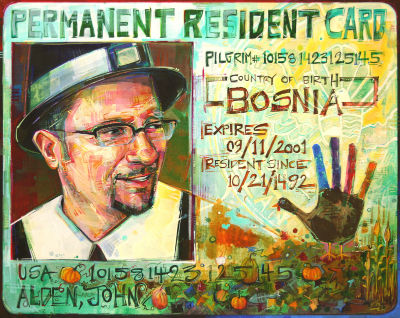 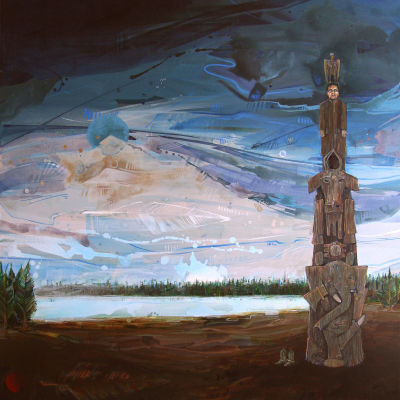 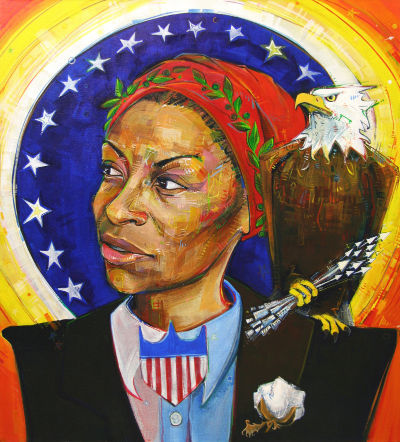 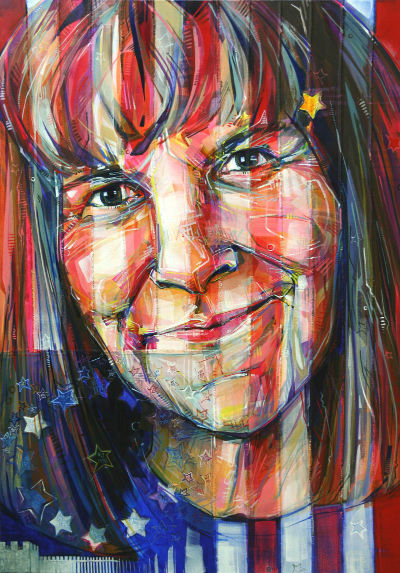 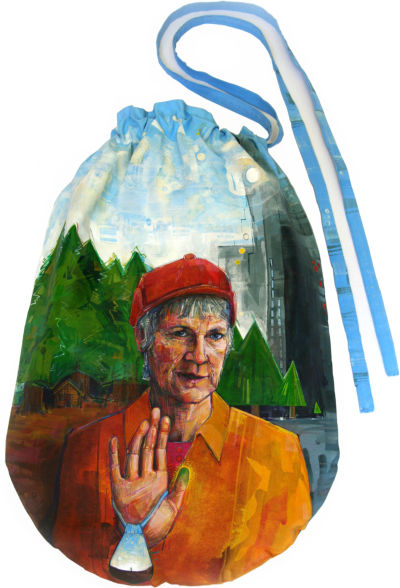 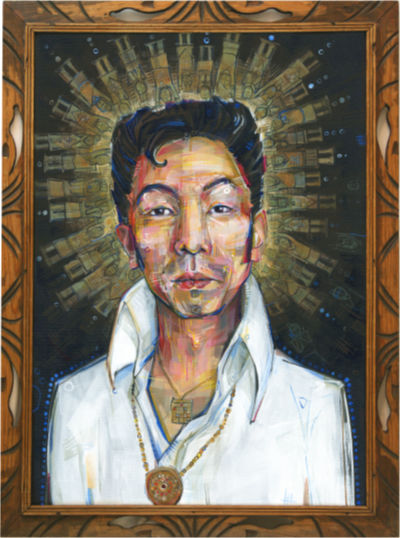 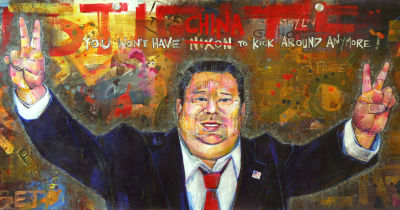 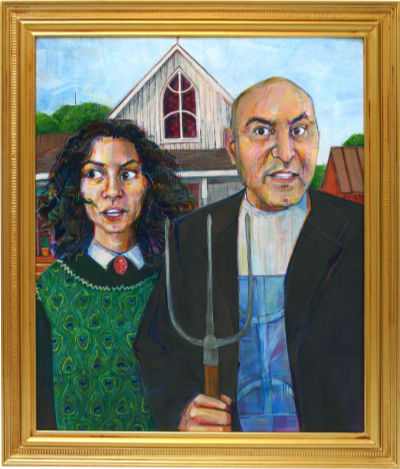 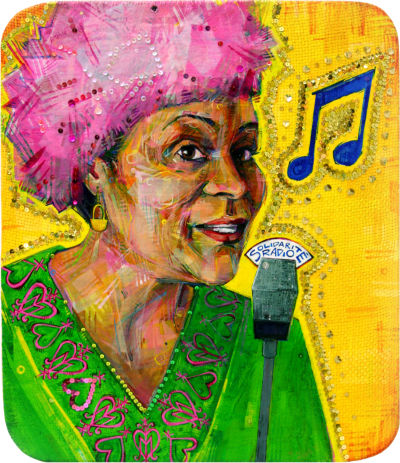 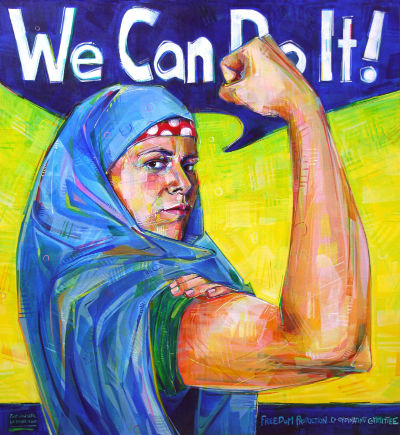 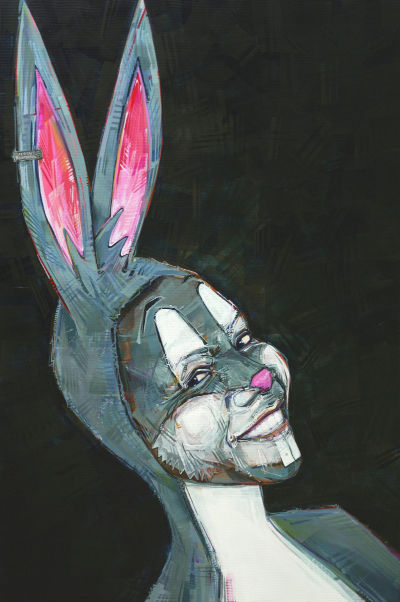 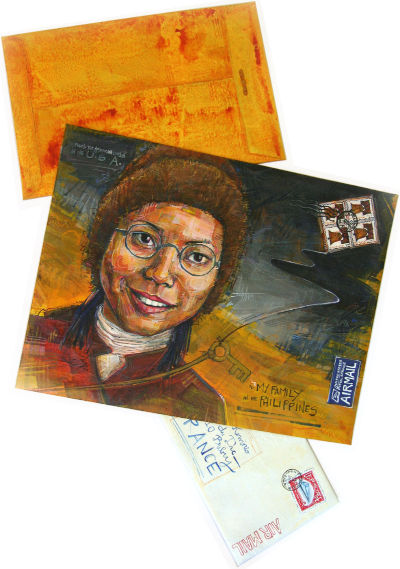 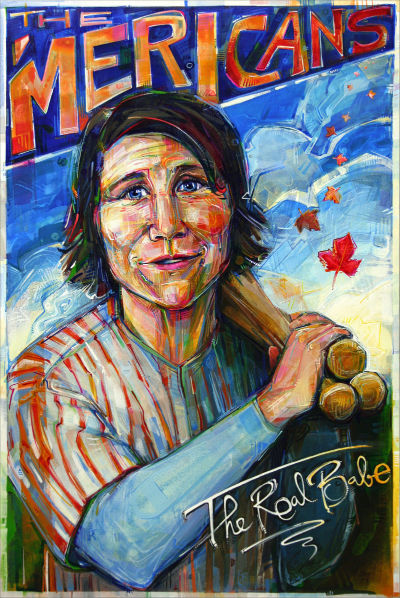 Every year, as soon as the turkey-shaped stickies appeared in the windows, I would put on my bonnet phrygien and tune out. I knew that, soon enough, they’d be telling me that the many-buckled men with the funny collars were my forefathers. And, every year, I would rebel before the pilgrims had even survived that first terrible winter. After all, my mother’s family was still in France and my father’s had emigrated from Latvia just a few generations ago: those corn-stealing religious refugees had nothing to do with me.

The fact is that I didn’t actually make the connection until I was in my twenties. Maybe I didn’t listen well enough in school or maybe they didn’t reach out to kids like me, but it wasn’t until I was an adult that I realized that John Alden and his Priscilla are my ancestors. Miles Standish and the whole gang belong to my kind: they were the first wave of immigrants. I may or may not share their blood, but, with two passports and a childhood split between the United States and France, I do understand something of the choice they made to be here instead of there.

I created Apple Pie as a way of learning more about the “being American” and the “choosing to be.” I had to see if other first and second generation Americans were willing to give our country’s icons a facelift—to assimilate the United States as it was assimilating them. I found a few, and then I remembered that, alone, we couldn’t fully represent our nation, that some people’s ancestors hadn’t chosen to come here. I asked an African American woman to share her story in this context and invited a Native American woman to tell of her American experience.

Once I had gathered a sizable group around the concept, I asked each of the Apple Pie participants to respond to a simple question: what does it mean to be American? Their answers are published on this site with their portraits, and they complement the paintings and create a composite definition of the United States—the only kind possible. These are just twenty slices of the American dream.

“[The] artist is up to something unusual in her paintings.”

My work was featured on OPB’s Oregon Art Beat in 2010, but the segment was filmed in September 2008 and it includes footage of Apple Pie subjects like Luis, pictured here meeting his portrait for the first time.

This book features images from the series and statements by the subjects which explore what it means to be an American from their unique perspectives as well as a foreword by Inara Verzemnieks.

The print version of this catalog is sold out, but the downloadable digital version is still available.

This project was made possible by the generous support of the Regional Arts and Culture Council and the Oregon Arts Commission. It showed in September 2008 at the Interstate Firehouse Cultural Center in Portland, Oregon, and in June 2009 at the Downtown Initiative for the Visual Arts in Eugene, Oregon.