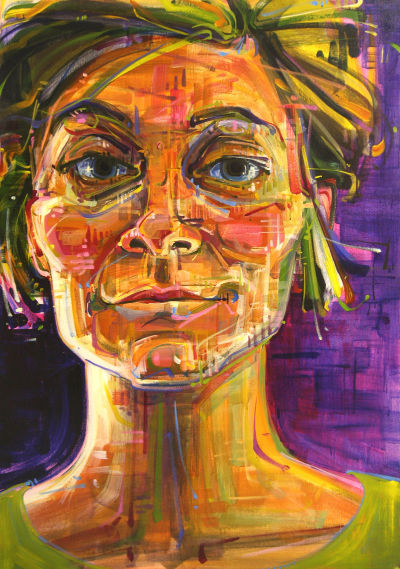 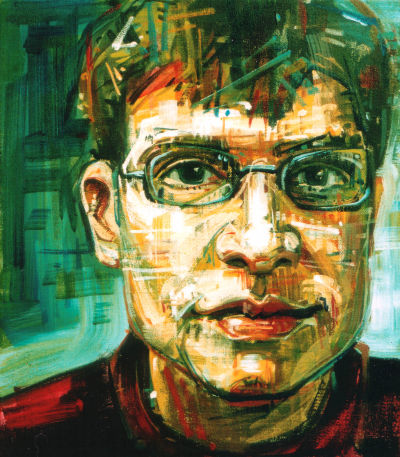 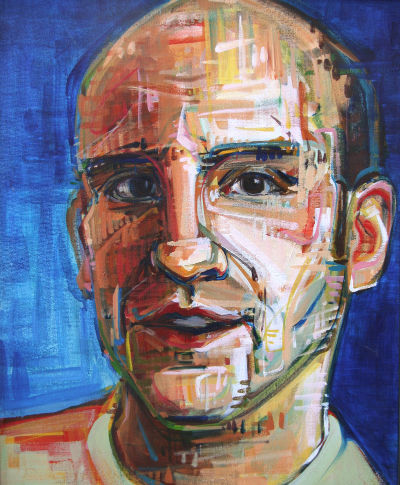 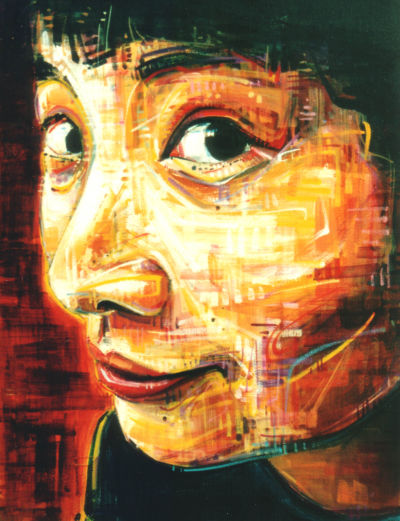 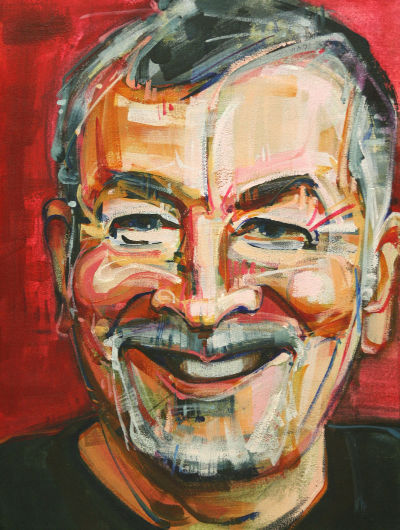 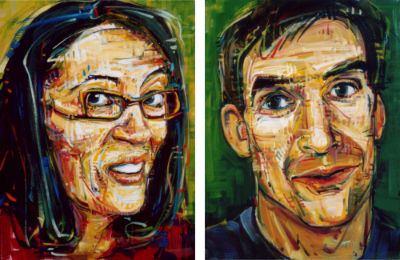 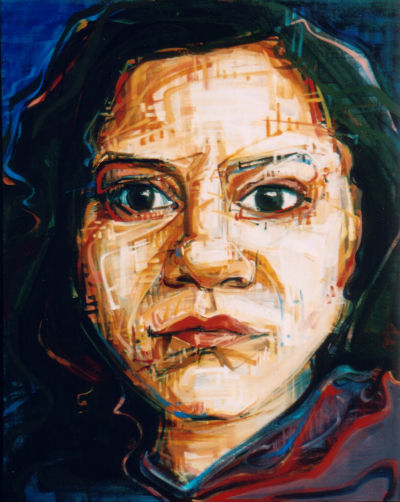 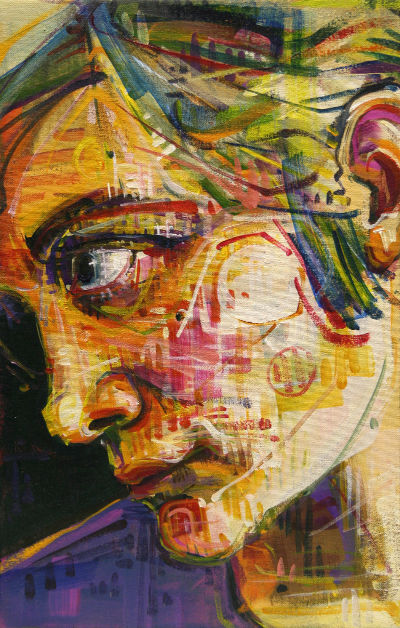 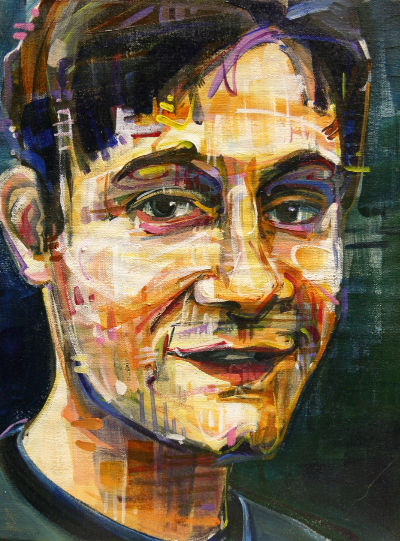 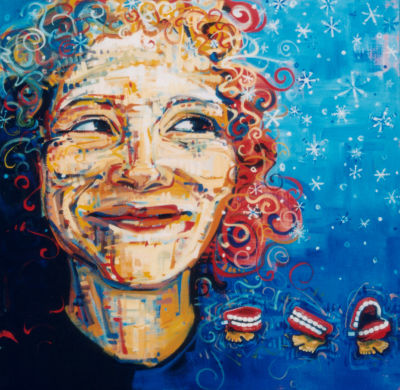 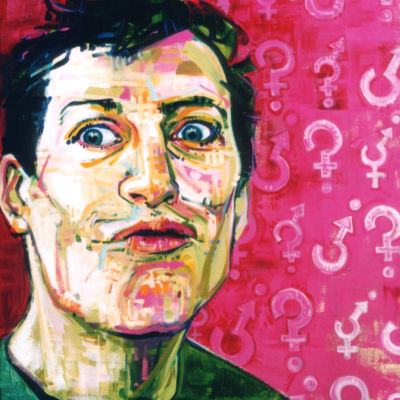 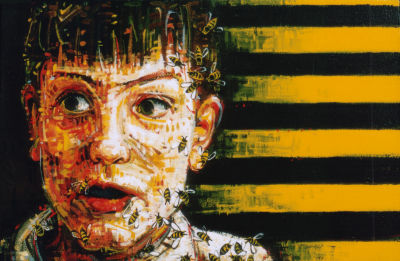 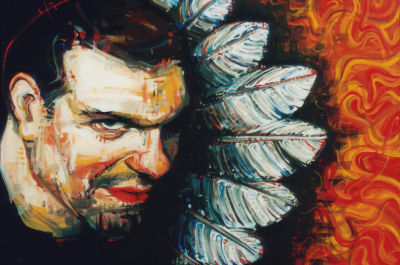 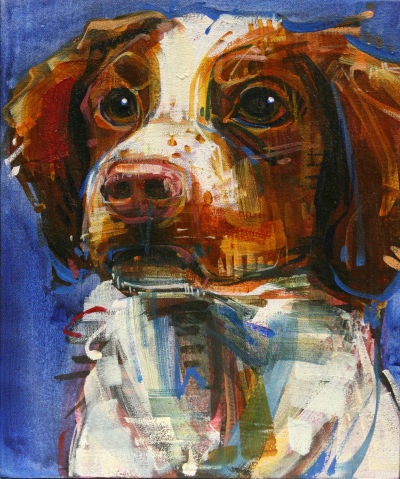 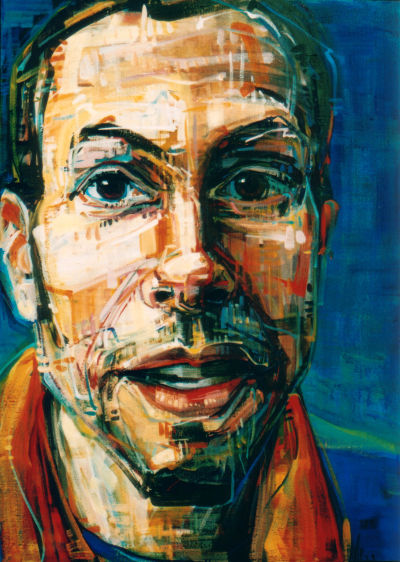 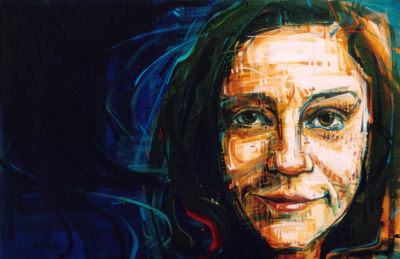 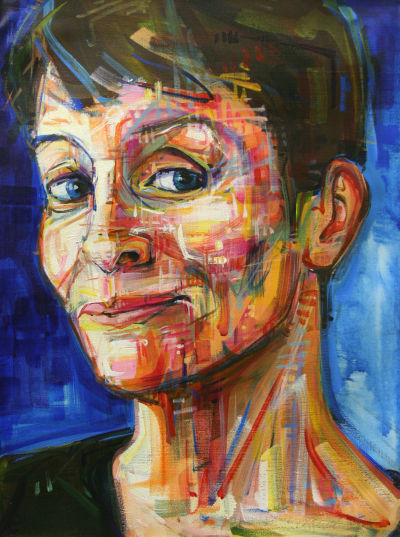 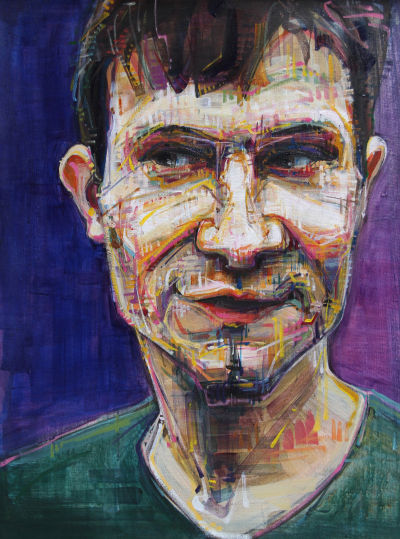 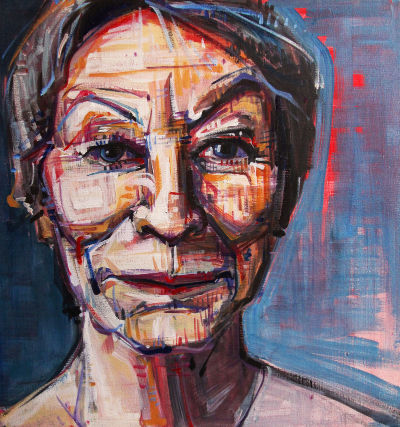 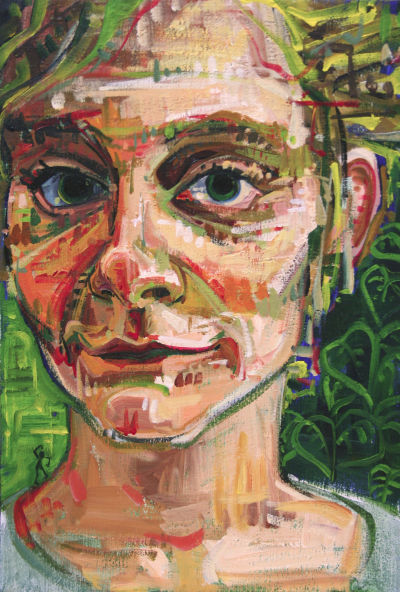 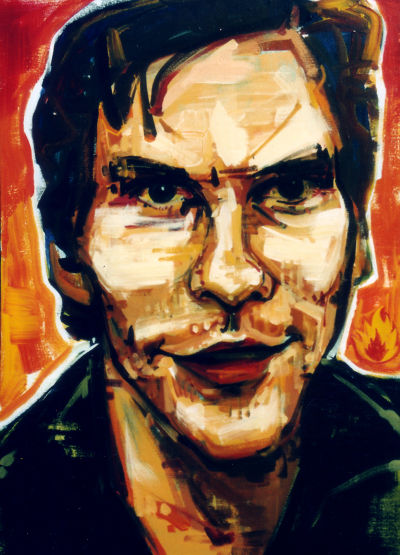 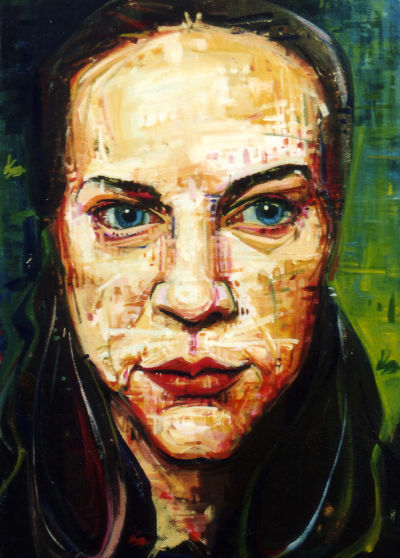 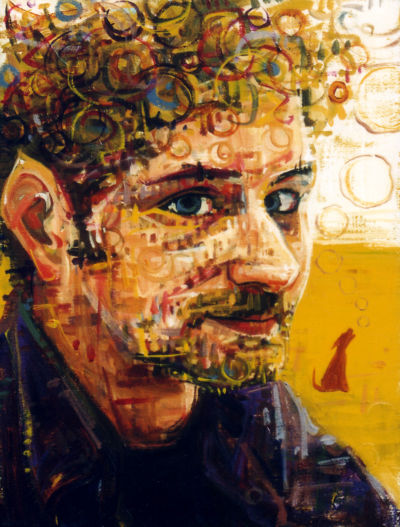 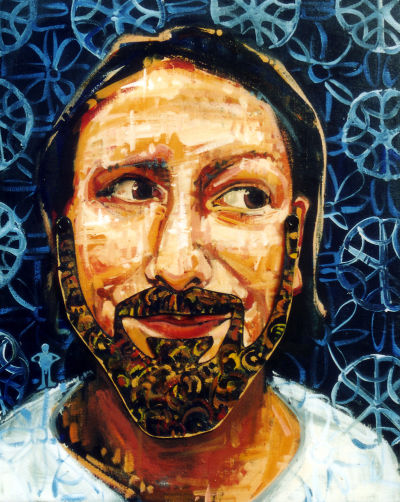 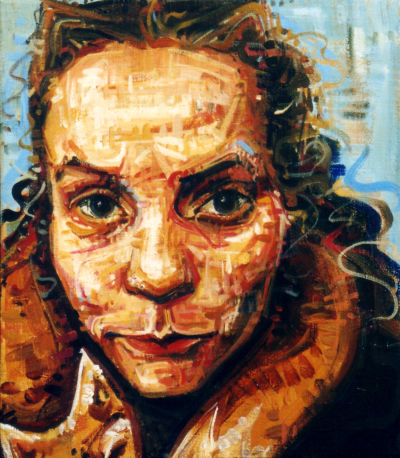 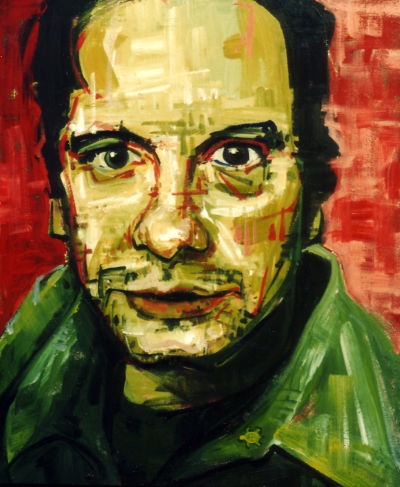 In 2004, I spent quite some time in theaters, both on and off stage. I performed with various ensembles but most memorably in a show my brother directed. Kristan crafted an amazing production of Mac Wellman’s A Murder of Crows with defunkt theater, and he cast me as one of the crows.

My brother also asked me to paint the backdrops for the piece. They are the wall hangings visible in this photo, and they had combined dimensions of 12 by 52 feet. I painted with the canvas laid out on the floor, experiencing the glee of Pollock and every action painter who has followed in his paint-stained footprints!

The other painting/theater collaborations that I undertook in 2004 are explained here and here, and the main conceptual series I created in 2004 is Snow Days. It’s about television instead of theater.